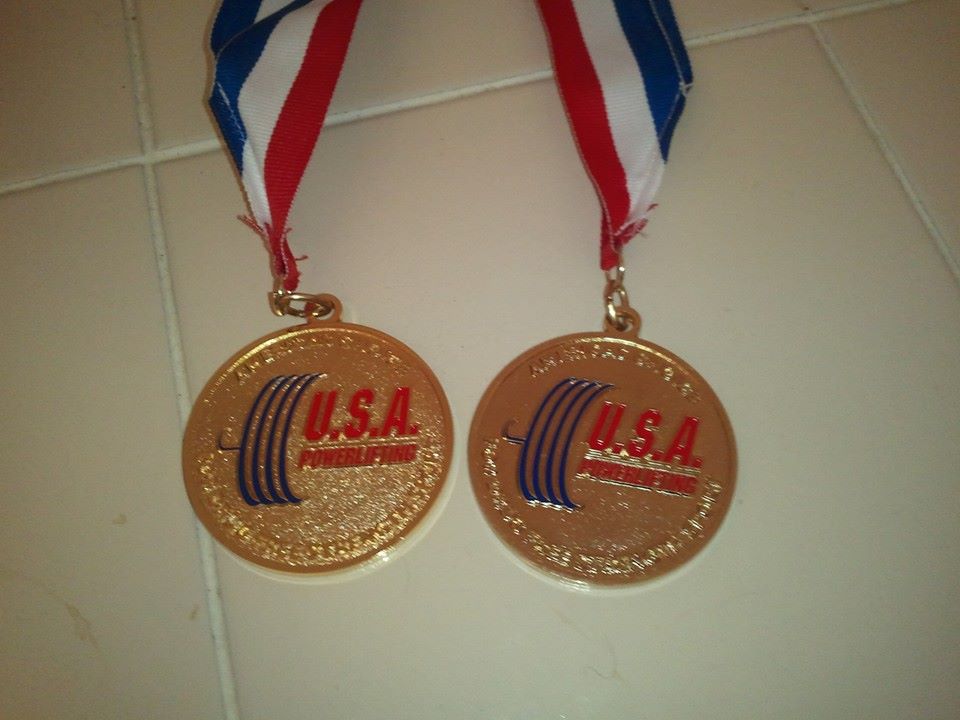 Previously overshadowed, just slightly, by the throng of Olympic Lifters, The Team Lab Powerlifters have become a force to be reckoned with with breakneck speed! Team Lab competed in the River’s Edge Powerlifting Championships in Granite City, IL on November 9th. The team took home four first place and a third place finish!
Matt Swanson not only won first place, but didn’t miss all day! He was 9 for 9 on all his lifts! Chris Thacker hit a meet PR 556 pound squat and took home third place overall in a hotly contested division where Max Pippa, the 23 year old phenom, pulled a 716 pound deadlift and set a new Jr. American Record in the Raw division!
Lab Trainer Drew Thompson took first place in his division and it was Drew who nudged the Lab’s Rhonda Winterhalter to try Powerlifting and this was her first meet! With Drew’s support and intensive training, Rhonda won first place in the Masters Division of her weight and fifth place in her weight class overall.  “This is One more testament that at the LAB, they show us what we CAN do!”, says Rhonda. Lab Trainer Jessica Bryant was competing in her first powerlifting event too and totally crushed it! She set PRs of 319lbs on squats, 186lbs on bench press, and 402lbs on deadlift! Look for these trends to continue…more STRONG Lab Rats joining Team Lab Powerlifting and Team Lab domination of the sport!