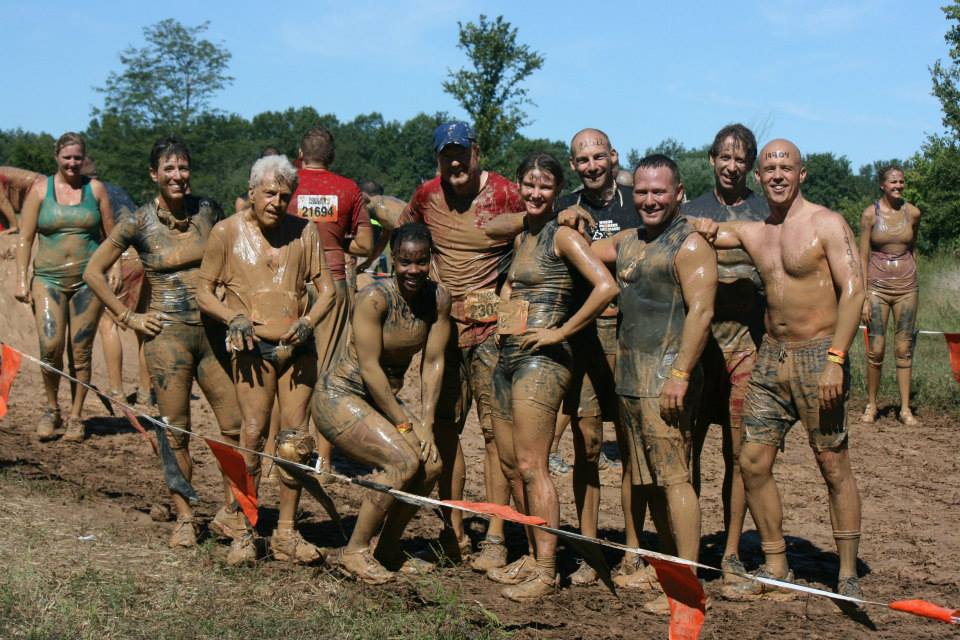 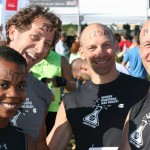 The Squeaky Clean “Before” photo 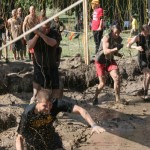 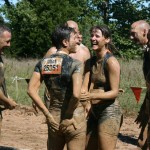 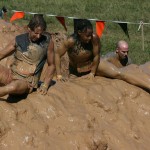 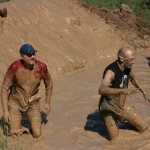 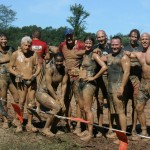 Tough Mudder events are ten to twelve mile hardcore obstacle courses designed by British Special Forces to test your all around strength, stamina, mental grit and camaraderie. They are not races, and they are not timed; all Tough Mudders take a pledge at the beginning of the race to help their fellow Mudders complete the course.Tough Mudder arrived in St. Louis the weekend of September 14-15, featuring an eleven mile course and 18 obstacles, only to find it was no match for the Lab TeamTough Mudder.

The Team, largely comprised by longstanding members of Justin Thacker’s Extreme Bootcamp (Matt Brazelton, Bryan Buck, Jeff Jensen, Tim Lakey, Corey Melzer, Tabitha Porter,  and Susan Sauer), also included Lab Gym group fitness instructor, Claire Reinbold, and featured Pat Britt, a 72 year old accomplished marathon runner who has completed 39 marathons! Other members and friends of the Lab Gym tagged along on Saturday the 14th to watch and cheer on the Lab Team Mudders to a successful finish of the course by the entire team of nine.

The Team stuck together for the duration of the course, helping each other through obstacles that required teamwork – like scaling two 12 foot “Berlin Wall” obstacles, and some that required mental grit – like the “Arctic Enema” industrial size dumpster filled to the brim with ice and water where the participants jump in the water and swim underneath several water height barriers to reach the other side. After almost 11 miles of mud, a 15 foot jump into a muddy water pit, inclined greased monkey bars, and countless other obstacles, the Lab Team Mudders all successfully sprinted and leaped to the top of the giant half pipe “Everest” obstacle with help from teammates. From there, it was a short distance to the finish line, but in the way stood the infamous “Electroshock Therapy” obstacle, a muddy water pit laced with dangling live electrical wires designed to give course participants one final shock before the finish line. Drawing on their training and teamwork, all nine members of Lab Team Tough Mudder successfully crossed the finish line.

Lab Team Tough Mudder is already making plans for next year’s St. Louis ToughMudder event, which according to Tough Mudder’s official website is to be held in late 2014. If you have ever considered entering the event, what better way to ensure a successful Tough Mudder triumph than joining your Lab Gym friends on Lab TeamTough Mudder! Meanwhile, many of the team were back at it to take the smaller scale 5k Warrior Dash, another adventure mud-run/obstacle course, on Saturday, September 28th.

Claire summed up the experience to her friends, “The more I think about the ToughMudder, the more I love it. It was all about working together, and I could not have asked for a better group of friends to do it with.” Ever the class act and inspiration, Britt thanked his teammates and the fans who cheered on the Lab Team with a note that applauded “The Lab Gymmers Rock,” and “I thought it was super the way you decided as a group to be ‘one for all and all for one.”

(Special thanks to Bootcamper, CrossFitter & Cheerleading Captain, Adrienne Davis for submitting this event recap and especially for going out on the course all day to cheer on and support her Lab Gym Comrades! (If you know Adrienne, you know that “going out on the course” doesn’t mean sitting around and hanging out, but dashing between obstacles with a fully loaded support pack of supplies, just in case!)